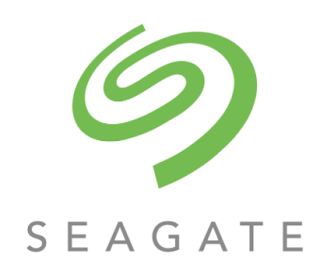 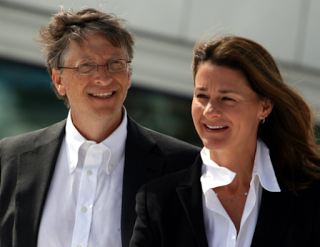 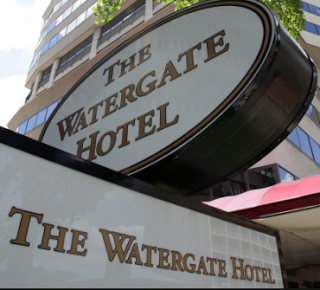 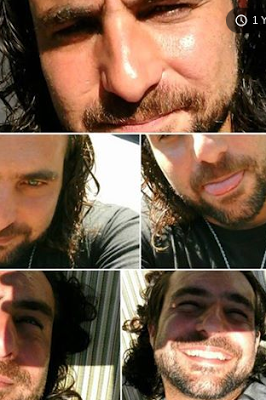 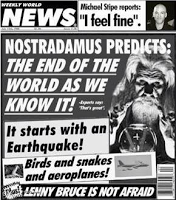 I THOUGHT TO MYSELF 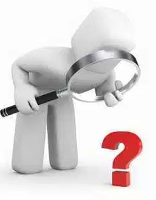 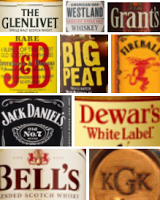 LOOKING HIGH AND LO FOR HIS KEY, TO SAY "HI ON THE SKY"

I TRIED LETTUCE Si, AND DA "LET IT BE GIN"

I POINTED TO SUNRISE BLVD, AND EVEN FRIED SUNSET STRIP

BE CAUSE THERE'S NO SUBSTITUTE FOR... 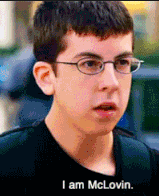 The bottom line is, we're about a foot away from Heaven, and all it takes to get there is one small acknowledgement.... of the nature of our existence and the wonderful implications that brings us to--the great new possibilities opened up by connection "Creation" and "virtual reality" and Heaven.  I hope you'll be the person that makes that happen, either with a press release, or a scientific paper, or just a letter to your local paper ... saying "you see it."  It's not hard to see, but apparently it's hard to speak up; I'm trying to figure out and explain why, and am stuck between I-NATION (the end of the abomination of desolation) and Medusa, more on that in a bit.  This is the gate, it's action if that's not really, really clear.  For some more clarity, it should become more and more obvious that the true foundation of Heaven is freedom--and that the problems communicating we are looking at in the world around us, from secrecy and mind control to censorship and .. well, mass stupidity--should really be seen for what it is--it is the crossing of the sea, a lesson in securing and maintaining liberty.
Acknowledge that you do not want to eat "bread" from stone, that "cake" is not good enough either, and that God has laid down a message in our everything to help us to transition to a world that does not shake it's head and look the other way when asked the question "how would you end world hunger" in light of virtual reality?  Understand the words of "Total Eclipse of the Heart" we'll never be wrong together, forever is going to start tonight. Understand, this is something that all of you should really want to be a part of, and I am baffled as to why you are so shy as to not even be able to say hello. 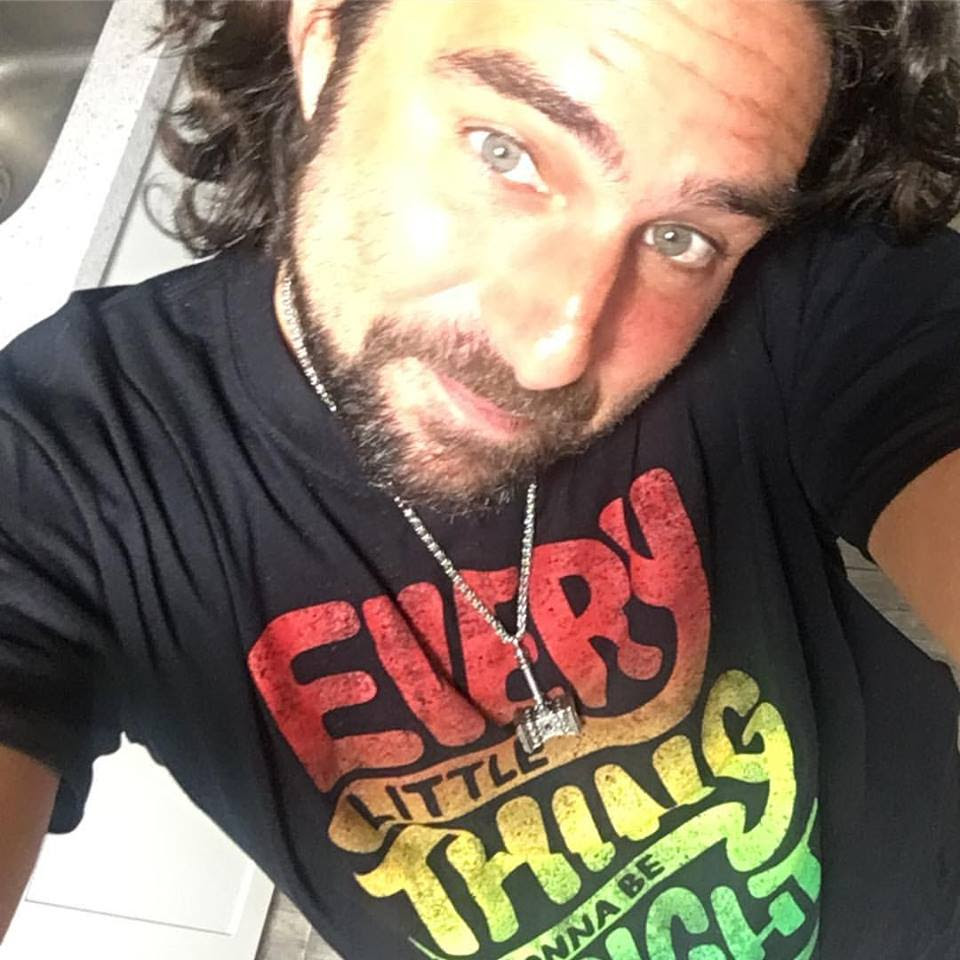 VERILY I SAY YOU TO, THAT BEFORE BERESHIT I AM 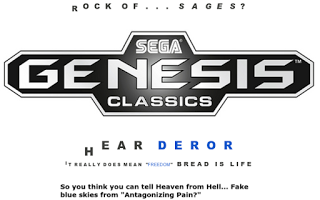 It all started with a message connecting 9/11 to Exodus; one that should be more than enough to prove that whether or not you think I'm "Jesus Christ" that this information that I am presenting is coming directly from the Creator of the Universe--and should be making news and spreading like wildfire--and isn't just yet.  That's a big part of the message, this baptism in fire and water that Matthew 3:11 talks about; and is pointing out some seriously debilitating flaws in our society--things like mass ignorance for the importance of free speech and open communication, and the need to not hide the advanced technology that this message is designed to not only disclose, but prove has been in use for fucking ever.

This message begins by undeniable proving the existence of time travel both by predicting the 3/11/11 earthquake and the 9/11 attack in Exodus, Ecclesiastes, and Revelation and showing the world previously hidden and very obvious ancient references to modern technology--centering around computer science.  With a tiny shred of thought and some serious research it the becomes clear that our entire computing industry (and the focus on science and technology in our time line as well as the arts) is part of an ancient and divine plan to build Heaven.

Someone, I can't seem to figure out who, has taken this message and tied it directly to now verifiable proof that our evolution of democracy was "helped in the beginning" and then artificially held back, using this same hidden technology.  That through the years of our most advanced technological advances--from cars and phones to computers and the internet, we failed to make the obvious leap to attempting to use these technologies to advance the infrastructure of our "governments of the people," specifically for voting and the creation of legislation.  Implied strongly, is the possibility that without some kind of disruption, it might have taken many years, decades, centuries, or forever for us to have moved past this idea of "representative democracy" being the very best system possible.
Finding land, here on Noah's ark--we can solve two problems with one stone; creating a new open and transparent infrastructure that will ensure that the kind of censorship and "walled garden" that we see here surrounding this message of freedom will never again be possible--while at the same time building a system that will allow us to collaborate on things like legislation and universal voting. 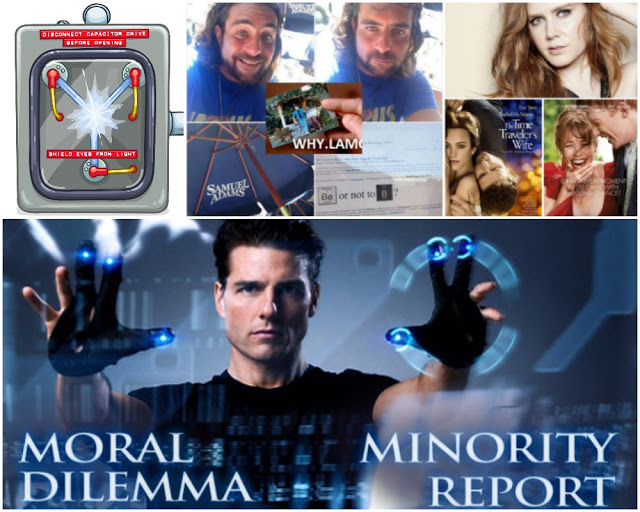 A big part of this story, of this proof of time travel existing and being literally the tool that not only proves that we are created but also how and why that's been done--it shows us that much of our modern art is part of the plan to build Heaven... and here we link together (think "Matrix") stories like Minority Report and Back to the Future to imply that we probably need to do more talking in order to convince ourselves that we really are not deserving of things like school shootings and terrorism--and show everyone that we have the ability to stop it.  Honestly, ending senseless violence is not the kind of thing that there should be a "Minority" voting for.  We can see it though, reference to these things too in The Plagues of Lice and Killing in Exodus--here to show us what "freedom" is really about. 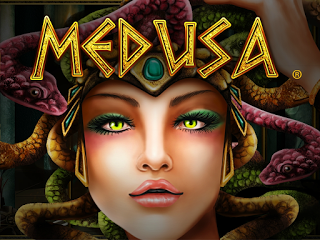 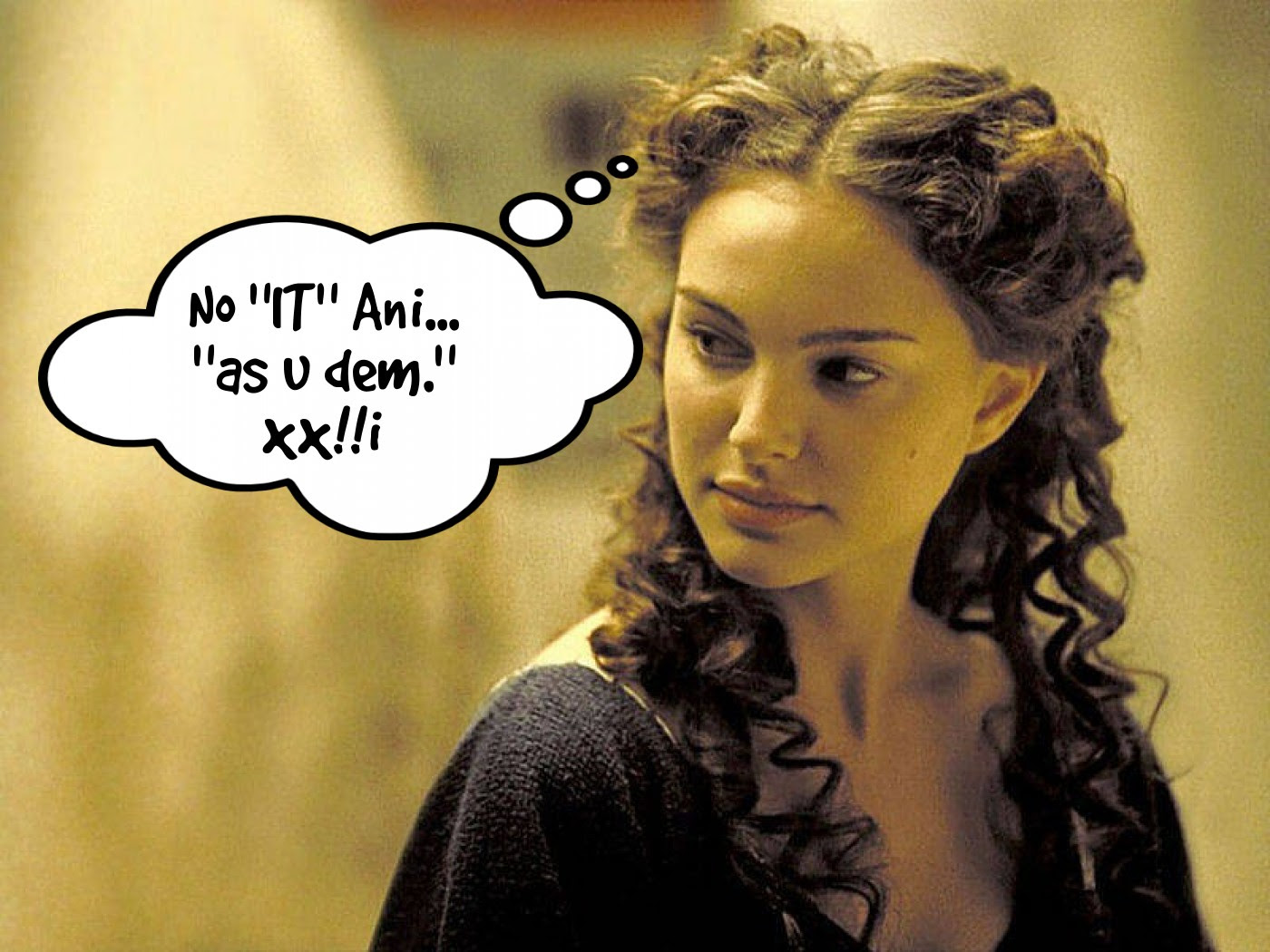 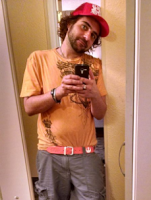 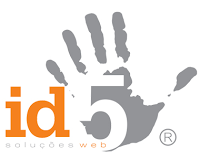 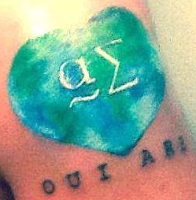 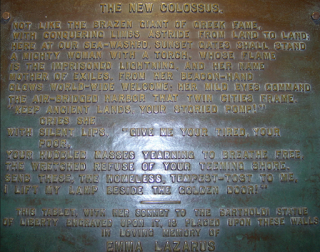 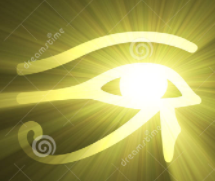 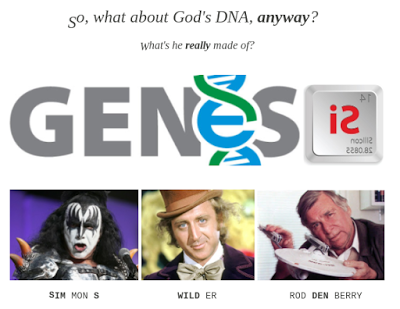 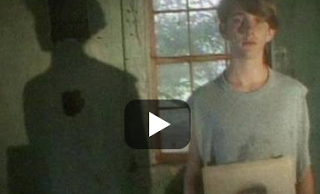 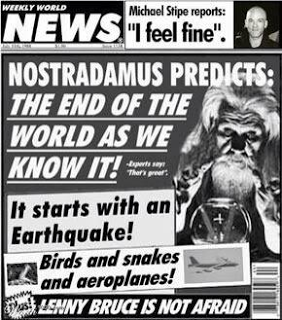 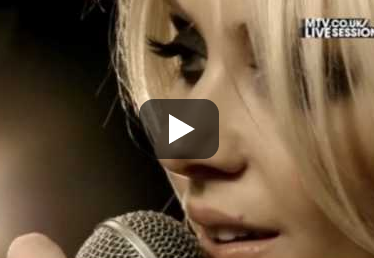 TWO THOUSAND YEARS I'VE BEEN AWAKE, WAITING FOR
THE DAY TO SHAKE 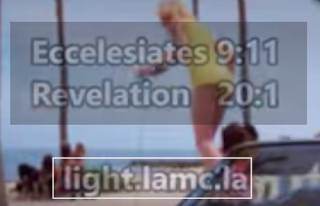 SEE THE BURNING BUSH
QUOTING ECCLESIASTES 9:11 AND REVELATION 20:1
ON 1/20/2001, MATCHING CHAPTER AND VERSE  TO DATE
AND THE HERALD OF THE SECOND COMING

SOLVED, PLANETS DESCRIBED IN ORDER IN...

take a look... "the race is not to the swift" obviously links to Mercury
... and TIME and chance linking to Saturn and now.

A pa, Ra: do x is a statement that, despite apparently sound reasoning from true premises, leads to an apparently self-contradictory or logically unacceptable conclusion.[1][2] A paradox involves contradictory yet interrelated elements that exist simultaneously and persist over time.[3][4][5]

According to the Exodus account, Moses held out his staff and the Red Sea was parted by God. The Israelites walked on the exposed ground and crossed the sea, followed by the Egyptian army. Moses again moved his staff once the Israelites had crossed and the sea closed again, drowning the whole Egyptian army.
The burning bush is an object described by the Book of Exodus[3:1–4:17] as being located on Mount Horeb. According to the narrative, the bush was on fire, but was not consumed by the flames, hence the name.[1] In the biblical narrative, the burning bush is the location at which Moses was appointed by Adonai (God) to lead the Israelites out of Egypt and into Canaan. 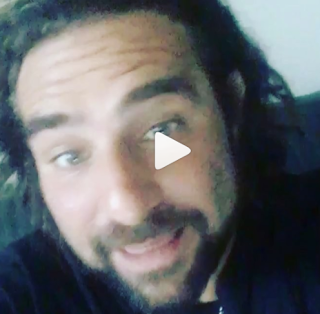 That's great it starts with a sex joke...
swallows, Microsoft, and Medusa
it's still the beginning of Heaven and you should believe it. 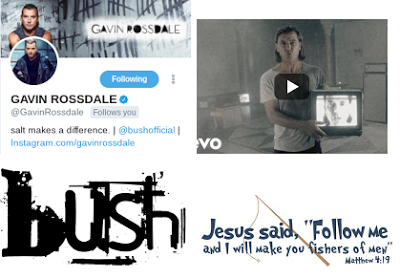 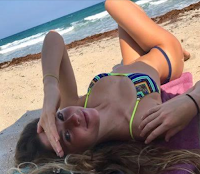 IT"S ACTUALLY APPLE (above) AND HONEY (below, with "nuts") 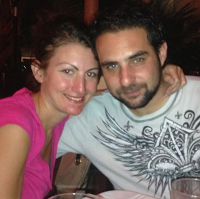 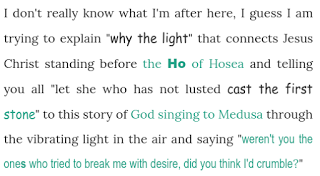 I have quite a bit planned to say in this message, important stuff--so I'm not going to beat around the bush, I'll get straight to the point and begin by making it overtly clear that the question posed in "wish you were here" is very simply answered by seeing that when you understand the disclosure that our blues skies are fake, virtual, seen clearly in the word "is rael" and a message written on the sky by God himself you then see that the power to instantly end world hunger to stop all pain from being experienced and to stop violent crimes and fatal car accidents is in the hands of whomever is in control of "the simulator.
We have a clear message from God in this place, explaining through the simple phrase "force majeure" as seen as an act of God to clearly show us that "the majority" here is still morally incorrect regarding the disclosure that we are in virtual reality.  It should be very clear that this disclosure leads to the end of "natural disaster" also; and you can see the 3/11 earthquake and the 9/11 attack clearly lit in both the Bible and a number of songs... and you still sit here in silence--refusing to talk at all or respond as thinking intelligent people to the obviousness of this message.