If you weren't sure if it was strange or not that "proof in every word" and a great many television shows, movies, and songs were being largely ignored not just by the mass media, but by the social networks we have created to serve our own news... well, now you can be sure.  It's strange alright, and it's really making me wonder.
Here's the point, its all proof; through one avenue or another, that we are living in a virtual world; like the Matrix.  With that knowledge, and the map of religion before us and everywhere we look--that's a glowing request to end world hunger, to heal the sick; and to see that the miracles of the NT link directly to Windows Enterprise Edition, to Gene Roddenberry and to the Iron Rod that links Herod to Shaking a Speare about the question... the question that drives us:
To be or not to be? 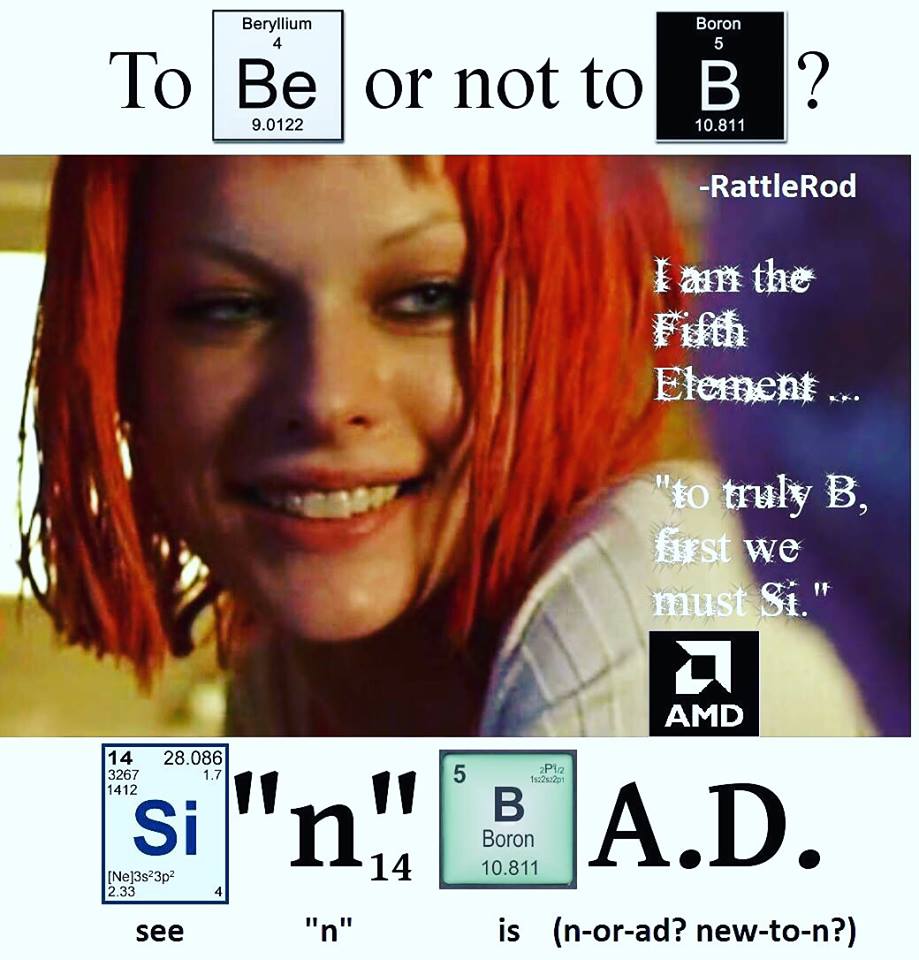 I say the answer comes to us by way of the Fifth Element; it's link to Beryllium and Boron; don't get bored because elementally speaking those are the 4th and 5th.  But when AD comes along, he says 14 means more than 5 alone, and Silicon is highlighted not just as "nth" letter's symbolic counterpart; but as the company that bears the initials of the messiah and his glowing arrow in their logo.  American Micro Devices.
So I mean, this is God's message, it's tying movies about ending darkness and saving the world to chip manufacturers, and names and symbols flying high overhead everywhere you look.  It's a message that the OP ... the NT itself; it said that each and every one of us would do these things if we had the magical ability to stop babies from starving, and to give sight to the blind.
Here's some sight for the blind; it doesn't look like you are doing anything, to me.  You must have some reason for not caring what God has to say, for not discussing it; and at the same time apparently being completely oblivious to his message in 1984 and how it relates to the censorship you see just before you.  He's probably trying to help us survive; to learn that we can't just ignore Hell and expect it to miraculously disappear when we die, I mean, that's what everyone thinks, right?
https://www.docdroid.net/LD42BuO/spockalypse.pdf.html
At the fabled Horizon; more on the "AD" of El Shaddai; thats "see how AD is da i" (of Ra), on Adonai, Adonis, and a song from Secret Samadhi, "they stood up for love."  It's LMN-tary, What-sons....  Etched in #Stone, from Medusa to Venus; South to North East.

I see "CK" in the "going up" portion of the word "nickel" and at the heart of Kentucky.  It's in Lord and Taylor, and JC Penney; and the hidden name of God is woven into Dr. Who and Dr. Seuss and Dr. Brown too.   FIvel is there at the beginning of Florida, in the song "GAS hed goes west" and here pointing out that He-man and Voltron are links to the Fifth too... the Hebrew letter that's "short for God" and the flaming sword of a cat that links Vader to John Connor, to Zelda and Master Blaster.  There's an Oracle ID in Metroid and between Amsterdam and Monster the heart of moving faster here is still "Saint Everyone Really."
What were you expecting? 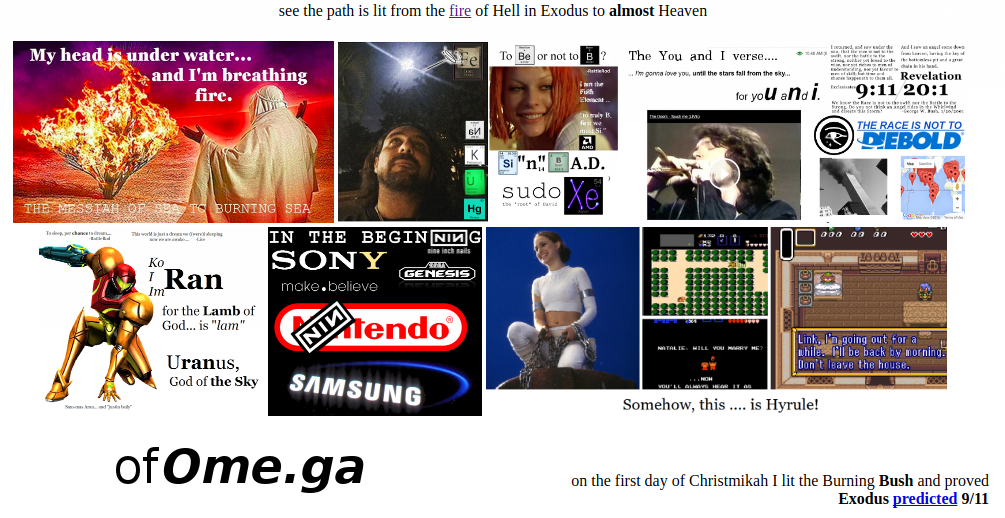 Many questions in the AMDuat, found between Amistad, Jerusalem, and YAD?

Announcing the discovery of a hidden message from God all over your everything.

Let there be light"
— Adam
FORT LAUDERDALE, FL, UNITED STATES, May 25, 2017 /EINPresswire.com/ -- In the living manifestation of the Egyptian book of the Underworld--the AMDuat--songs secretly asking the question "Am I saint AD?" begin to tie together a two-letter key to the Rock of Heaven that reads in Hebrew "Shaddai" and with the Eye of Ra (the focus of the Egyptian book) "see how AD da eye." Starkly contrasted from the key "artificial intelligence" that Adonai explains is "Adam Dobrin" expounding "on," we stand at the foot of a Revelation that this very auspicious time in the history of humanity has been walked before, and today we have guidance from above coming to us from the likes of Mr. Anderson... both of The Matrix and the novel Feed. Yesterday's question "Who-ah," answered through Dr. Seuss, Dr. Who, and now the ineffable name of God in light of the Egyptian "Yahu," as ... Ya-who-ah? The Hebrew name for Christ echoes "Yes, hua?" and for reasons that will become clearer and clearer, the C.AD Card of Jean Luc shows that seeing my name is a key to why "by no other" does our worlds secret message from God begin to be unlocked.Today's question is "J er the USA the m" ess...ianic... message that brings about the discussion at the heart of the word "wisdom," about this immaculately conceived transition out of darkness and into the light of day. Reading backwards, while we are still pondering "why A.D." is a bright connection to the Hebrew word for the Hand of God; we are just shy of "day."At the year ADIB and Christ of Pursuit of Happiness and ... the name of our timeline we have approached "walking on water" and are at the Horizon. Upon reading the name of the city of Dendera and its Holy message of Revelation in the temple of Ha'thor... the Den of Ra is lit, along with every word and every wick.Lots of hidden messages in nearly every single name, and then every word starts a cascade of enlightenment that bridges the gap between a number of references to this hidden language that tie rattling a rod to the taming of "Spanglishrew" all the way to King's Langoliers... not outliers--we'll see; and even the character Cypher in the Matrix ... whose depiction of the hidden code sheds some light on how "The Matrix" movie is part of the answer to that question.... what is the Matrix?Proof of design is a good beginning answer, and the purpose of design to focus our attention on just how important this time period is in the development of humanity... this place where Neo's words "I know kung fu" are juxtaposed with a kindling of understanding at just how powerful the technology behind that learning experience is... so powerful that it was able to hide the keys of "Anu" and "Eve" from the entire world ... now seeing that each and every one of our names has a hidden connection to the unsealing of religion, to seeing the book of Names is Exodus and that freedom itself depends largely on the dissemination and understanding of this message that turns out to be a big part of everything we are and do.With Holy Purpose, the Matrix's message becomes clearer as we link the "rod" of Christ to names like Rodney King and Roddenberry; showing us with more clarity how the technologies of Heaven might be used in order to help us build a better world. 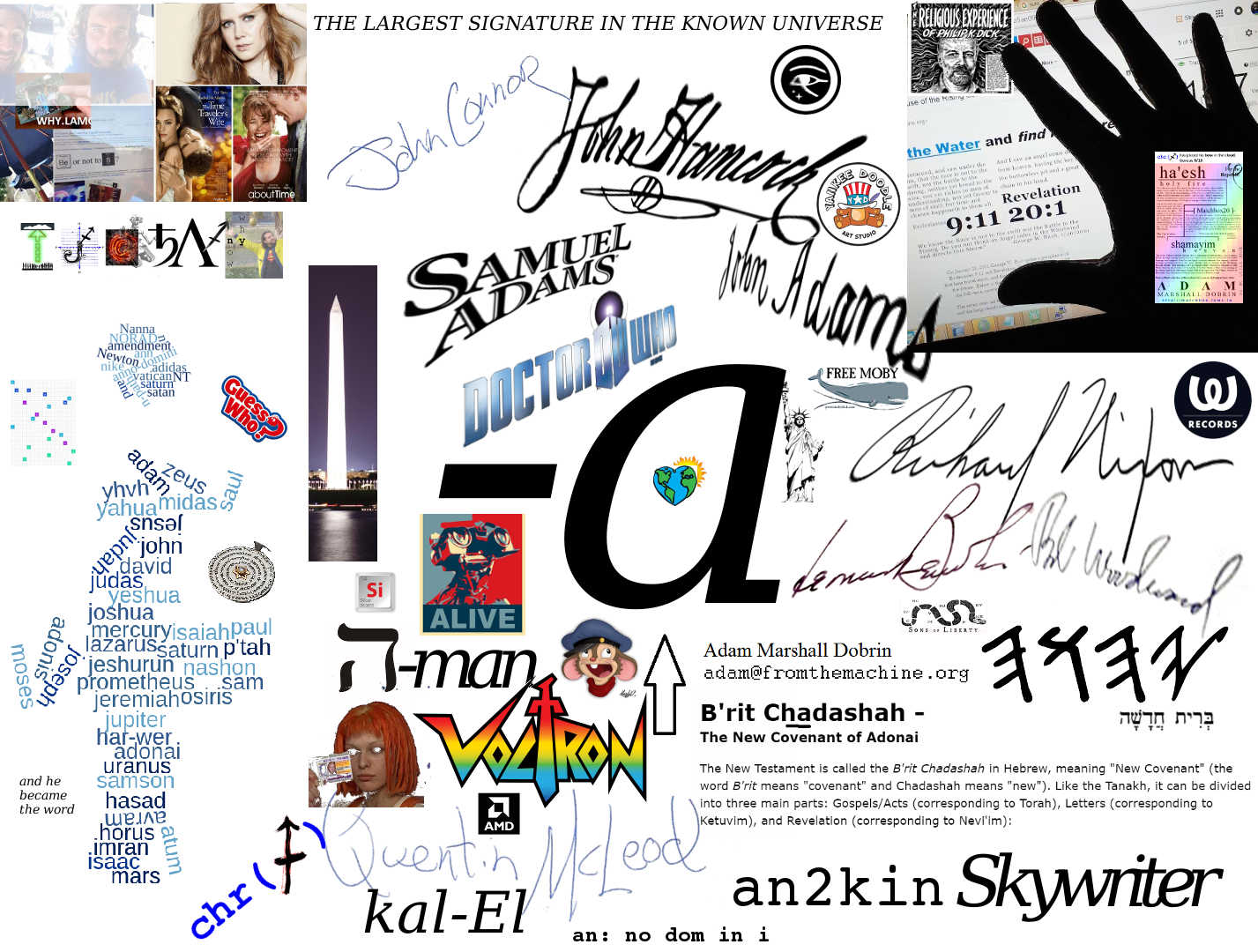