don't spoil the surprise eaddring...
tiny pieces of me strewn across time and space
in a place called "N or you be nothing" you'll find my fine "mead" and the key
the land of "J or you are slime" holds even more of the lore
but you'd never know what those letters mean if wasn't for the land of Nod

that's here and now--this place that houses the DOD and NORAD
am, and I come again; so the story goes, so I've heard
who knew Plantation was a city with a commandment to draw a new tattoo
and Lauderdale, a message about turning "dark to right"
quantile, quartile, saxatile... forgive me; I can't forget erectile
from me to me, this place called Miami, with a hospital called Sinai
from me to you, a story never told; but you are bound to see with your own eyes
in the land of "Earth gypt" yet another record of the three of me
Adam, Peter and the guy with the eye--that's what you'll find
versatile, "to see" what me calls he
so plain to see, if you've read the message; if you've tried to understand
that this place was built for our now, for this moment in time again
to help walk from the abyss, an ark lost at sea, to help us all find dry land
and yet you still don't understand, what's holding you back is "n"
hostile, I never wanted to be
it's all about technology, maybe a little bit of psychology
from carpenters, a masterful craft building a city out of music
to walk from the stage to the ground to the sky in one day
you've all heard the song, you know I am not wrong
if this is futile, you have no key
From Jericho to New Jersey, and the key to a girls heart
it's nothing much, just a letter, just the answer IB Y
it's not hard to figure out, it's why the spark, why light is freedom
whether by hand, or "day" himself; it works because I stay
in tennessee, x inch nails, nintendo, and see a trinity
the e q ui no x approaches the fertile valley
in the word "crescent" a ship to the key to little old me
right between "carriage return" and "enterprise"
ten... nine... eight is the number of "see neptune"
and the fi n al countdown is complete
Dr. Who is on first, you know... "what" is this plan, et now I know:
cos tell o, do sc.
K.
A long long time ago, a man became a God and outlawed human sacrifice
it was such a big accomplishment that it made it into the annals of history
hidden away in the records of the Pharoah's for none but me to see
today I stand before you, with a planet to build heaven in a matter of minutes 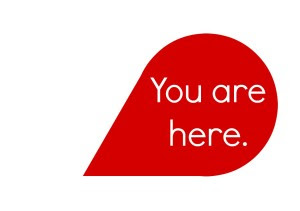 ​
it's more than ending terrorism and senseless murder, more than ending rape
it's more than ending hidden slavery, more than you could imagine
even more than a small step for democracy, a giant leap
more than annihilating starvation, more than that
they may say that Rome wasn't built in a day, but...
in your hands, the plan is in your hands.
snap your fingers.
and what will the future say of ma we?
-a
Saxulisa inyeadds "nwon" ... or is it "fun"
HELLO DARKNESS MY OLD FRIEND
I've come to "chat" with with you again
as I walk through the valley of the shadow of death
fear no evil
for I am beside myself.
and he walked on the sky, and he waded in the holy sea
with renewed purpose and a drive nobody could halt
he told the world things they had never before seen
a force of light, aided by an undying love of salt
speaking of might and magic, of a happy ending assured
the earth shook, the angels sang, and one very loud bell, it rang
a hammer delivered a lion's deror, and lo and behold, the people heard
'twas walls of water, hiding the door, the endless dreams of "mor"
heroes and heroines spoke questions in hidden metaphor
deep inside even he wondered what was in store
apologies not yet due, for "hello from the other side"
stories dated, for this house sat in a valley
yes you are, bring us together
Yeshua, I'm waiting...
barely a whisper, "the the"
Who?