If you are interested in more of what I have to present, or discussing it with others; and perhaps using a vote to change the world: abyss.lamc.la (abyss.lamc.la)  I'm more than confident that this can and should "go viral."  Yestreday's connected message is at http://bygod.whenistheapocalypse.com

Here's some pretty clear evidence that religion is here to reveal proof of creation and existence of "time travel," so that we might one day sooner than never use it ... to better our society.  Quite a bit of what I am presenting is a critique of our current social justice system (from the future and almost all of us, now with evidence) complete with solutions, suggesting to help make it better.  This proof goes to show us these things are here and have been since Exodus--and suggests that we might be a little late in implementing something like Minority Report.  Still, that's no reason to stay frozen in Hell.  I mean, we're justing finding out it's possible, right?  How long do you think the government has known?  How long do you think it would have been hidden if not for ... well, for this.
How much imagination does it take to see that these very famous Biblical verses are talking about the 9/11 attack?

Like a thief in the night. (thief.lamc.la: on time and pre-crime)

On the clouds, for all eyes to see.

The nations will mourn and the elements will melt with fervent heat.

no man knew the hour or the day.

Look carefully, you are fighting the delivery of truth, a huge improvement in social justice and "fairness" from the Universe... everyone that isn't wondering aloud why the Second Coming is being suppressed by ... everyone ... is doing their part to slow down the onset of Heaven.  Write to the press, tell them you've seen the light--and the world deserves better than this darkness.  Everyone didn't decide that time travel is boring--and that the Second Coming can't be important--stand up for freedom.
Opiate of the masses?  Freedom hand delivered on a silver platter... from this fire.  That's what this is all about, ending censorship, helping us regain the forward progress of democracy, from the Plague of Lice to that of Darkness--the entire purpose of Exodus and this Revelation is to deliver freedom.  Doesn't everyone want that? 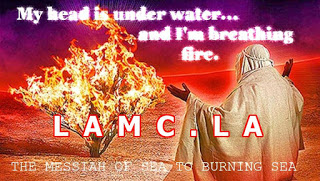 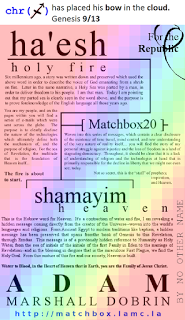 ha'esh
​You'll notice that just like the words for Holy Fire and Heaven--Ha'esh and Shamayim--are contractions of water and fire... the John Legend song "All of Me" does an amazing job of showing us how Moses being subjerged in the sea in order to part it--makes quite a bit of sense when he's submerged in the sea within the Holy Fire.  That's us, in reality, we're the sea that's giving off the birght, bright light.

This is taken from a confersation on reddit, here:

I don't know what to tell you, what I am presenting doesn't take a degree to analyze. It's a simple matter: do you see examples of English 4,000 years before it existed?  Can you see Moses' parted e'as.
Yes or No?
If so, it tells you something about religion, and about our history. It tells you that you are being lied to--and I am telling you that those lies are hiding Heaven from you. 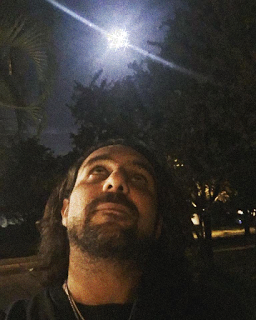 They will see his face, and his name will be on their foreheads. -Revelation 22:4

There are quite a few that are specifically highlighted by religion. Judas and Judah for instance, make contextrually accurate and topical use of the words "sad" and "had,"  At least when we are coparing Judas--the "J" who is not sad about needing 30 pieces of silver to survive and making a myth... come alive... to the Grinch (whoah.lamc.la) who is stealing Christmas this year (midas.lamc.la).  "Jacob" includes the Spanish word for mouth--backwards, and that just happens to be the name I gave "the computer" before I had any idea what was really going on. These things might seem like nothing at first, but to me--after seeing so many other examples--these words that tie to my personal understanding of scripture and religion and it's direct relationship to me (the key). it adds fuel to the fire.
http://matchbox.lamc.la/JERUSALEM.html discusses that, and you might see "USA" there in that place--it's not an accident. It's in Pro·me·the·us (hey look, the fire starter--tied to a mountain battling an eagle) and Me·d·usa too--there's a map about now in names all through our history.
Maybe something that will be more interesting or compelling to you is Venus. This is the Goddess of love--who many might already associate with the "Woman Clothed in the Sun with the moon at her feet," it's obvious really that it's about the planet Venus. Less obvoious--or maybe it should be really clear.. is that Venus has half a heart, only half the world for love in her name; and the sun is backwards. This is being highlighted by Revelation--that the anient name of Venus contains our words for sun and love. English didn't exist when Revelation was written.
As I've pointed out over and over, forehead, bread, Adonai, Adonis, and Advent all are examples of my initials appearing in names that are highlighted--set apart--specifically by religion.  Those words "set apart" are a good indication that if a statistical analysis were done--using words "set apart" by religion in names as a sample space, we would have proof of the existence of a time traveling, mind controlling, hidden author of the Bible.  As it is, there's plenly of proof he's still around--only he sings alot now.  http://kismet.lamc.la
Here's an "explanation" of a number of words that relate to to the Hebrew names of God: Ya-who-ah... that's the correct pronounciation of the "ineffable name" often rendered as Yahweh. That too is easy to deduce from the Egyptian God "Yahu" but our scholars haven't tried to solve it, really. It ties to the name of Jesus, Yeshua--Yes, who-ah? Which of course is all about the American GI cry that Al Pacino and Denzel Washington immortalized on the silver screen. The point? The planet is Adamah in Hebrew.  Understand the implications, one that there's serious blindness being exposed related to religion--as a tool to show us that it's not limited to just that (look science and computering everywhere in religion, who knew?) and showing us the influence of the technology that is the "stuff" of the slavery of Exodus... "who-ah!"
http://whoah.lamc.la

Dr. Who's question that must never be answered: "Is J er the USA the messiah?" Jerusalem.  Dr. Seuss's little Cindy Who... The Who? (Behind Blue Eyes)  Hello? Is anyone home? (why.lamc.la)

Jesus is often called the "Last Adam" and there's a good reason. Don't be afraid, "I am the first, and the last."  On top of it all, for those up with "messianic lingo" the morning is when the son rises and it's clear from the name Adam--which combines the Latin "ad" for moving towards with A.M. that it's the right name for the bright morning sun.  We just don't see or care that there's so much "Adam" around religion--we're all looking for "Jesus" instead. There are a number of other "coincidences" in the names of myself (hallowed.lamc.la) and those around me (names.lamc.la).

All I see is sounds that when said in silly ways (backwards for instance) make the same sound as certain English words.

So what about all the other languages that developed independent of Hebrew? Did they have divine help?

SInce I'm on a roll listing anachronistic evidence in names; I might as well bring up Abraham and "El is Ha" one more time:
The Holy Trinity, in the name Abraham thousands of years early.
Strong's Concordance
ab: father
Original Word: אָב
Part of Speech: Noun Masculine
Transliteration: ab
Ra (/rɑː/;[1] Egyptian: Rꜥ, Rˤ) or Re (/reɪ/; Coptic: ⲣⲏ, Rē) is the ancient Egyptiansun god. By the Fifth Dynasty in the 25th and 24th centuries bc, he had become a major god in ancient Egyptian religion, identified primarily with the noon sun.
The name Isaac is a Hebrew baby name. In Hebrew the meaning of the name Isaacis: He laughs. Laughter. The only son born to Abraham and his wife Sarah (in the Old Testament).
When God changed a person's name and gave him a new name, it was usually to establish a new identity. God changed Abram's "high father" name to "Abraham," "father of a multitude" (Genesis 17:5) and his wife's name from "Sarai," "my princess," to "Sarah," "mother of nations" (Genesis 17:15).
The Hebrew prophetic names "Elisha" and "Elija" further aid this prescient reference to the Holy Trinity, equating both the Hebrew and Spanish words for... "God" and "the" through the English "is."
M ESSAGE
Not wanting to see it, only makes it invisible to you.
Ad·am Mars·hall Dob·r·in

Unless otherwise indicated, this work was written between the Christmas and Easter seasons of 2017 and 2018. The content of this page is released to the public under the GNU GPL v2.0 license; additionally any reproduction or derivation of the work must be attributed to the author, Adam Marshall Dobrin along with a link back to this website, fromthemachine.org.